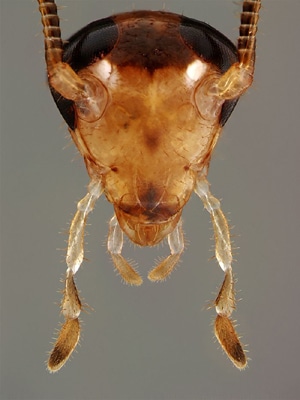 Sticky cockroach traps made with sugar-based attractants may be a thing of the past. This story from ABC Science tells us more.

Research published in the US journal Science today shows cockroaches will eat anything, except sugar.

The researchers show that cockroaches have learned to detect and avoid a certain kind of glucose that is commonly used in commercial traps.

Scientists focused on the slender and small brown German cockroaches, which live all over the world in homes, offices and apartment buildings – anywhere humans tread and leave crumbs behind.

An apparent disdain for sweet-laced traps was first observed in some of these roaches in the early 1990s, about seven to eight years after its use in traps became prevalent, says researcher Professor Coby Schal of North Carolina State University.

The roaches were evolving quickly, scientists found. New generations were emerging that had inherited a genetic aversion to glucose.

And now, Schal says he and his colleagues understand why.

Glucose-averse roaches use their small taste-hairs to sample food first and if it contains glucose, they actually taste it as bitter, not sweet.

“They bounce back as if they got an electric shock. It is a very, very, very clear behaviour. They just absolutely refuse to ingest it,” says Schal, a professor of entomology.

“It is kind of like if you put something really bitter or really sour in your mouth and you immediately want to expel it.”

Schal says this evolution came about “incredibly fast,” but noted that the development of antibiotic resistance in bacteria moves even faster.

It is hard to know what percentage of roaches have become averse to glucose.

In this study, Schal and colleagues sampled various roaches from infestations in the United States, Russia, Puerto Rico and South Korea.

Of 19 populations studied, they found seven contained glucose-averse roaches in their midst.

“This is a global phenomenon. It is not restricted to the US,” he says.

Professional exterminators have known about the issue for some time. The agrochemical industry has responded by altering baits to replace glucose with other attractants.

To illustrate how keen these newly evolved roaches are to survive and thrive without glucose, Schal and colleagues filmed the critters as they chose a fructose-based blob of jelly over one right next to it that contained glucose.

They also captured video of the roaches entirely avoiding a mound of jam containing glucose and flocking instead to a glob of peanut butter.

“We are showing that cockroaches can learn incredibly well. They can associate the punishment of tasting glucose with the smell of the bait,” says Schal.

He hopes the agrochemical industry will take steps to more widely eliminate glucose from baits.

The German cockroach represents just one of about 5000 species of roaches, and getting rid of the household pests all together would not be a bad thing, he says.

“As far as we know they do nothing for the ecological system outside of being pests in our homes, associated with us and possibly transmitting diseases and such,” he says.

“In low-income housing it is a really severe problem. Cockroaches are responsible for a huge problem with allergic disease and asthma so it is really critically important to control them, to eliminate them.

Other types of roaches in the world can be quite useful, from pollinating plants in the tropical rainforest to serving as a key food group for desert scorpions and shrews, he says. 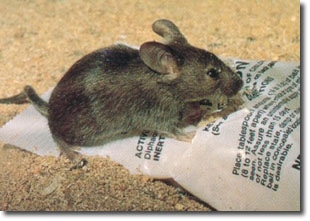